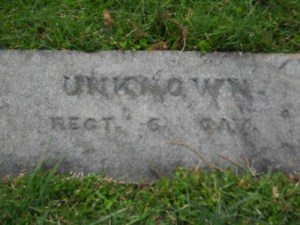 Edson Cook was born in Circleville, Pickaway county, Ohio in 1845. Something happened to his father when he was a young child. According to the 1850 census, he was living with his mother at a cabinetmaker’s in Circleville. In 1860, he was working as a confectioner for R. Ball in Troy township, Richland county, Ohio and attending school.

Despite his youth, Edson hurried to enlist at the outbreak of the war. He was enlisted into the 6th U.S. Cavalry by Lieutenant James Wade in Columbus, Ohio on July 22, 1861. His enlistment documents describe him as 16 years old, 5’ 1 ¾” tall, with brown hair, hazel eyes, and a ruddy complexion. Wade enlisted most of the regiment’s buglers, several younger than Edson.

Edson was eventually assigned to Company I as a bugler, probably because of his age and size. He served there throughout the Peninsula and Antietam campaigns, and served with the regiment during a long cold winter of picket duty along the Rappahannock in 1863. The regimental rolls also show him as present for Stoneman’s Raid, Brandy Station, and the several cavalry fights on the march north to Pennsylvania.

On July 3rd, the regiment was sent on a mission behind enemy lines to Fairfield, Pennsylvania to capture a Confederate supply train. When the command reached the town without encountering the train, Edson’s squadron was detached under Captain George C. Cram to search for it while the remainder of the regiment moved toward Orrtanna.

A short time later, the squadron heard the sounds of gunfire. Judging from its volume that the regiment was engaged, Captain Cram turned his command and rode to the sound of the guns. They arrived to see the Confederates overrunning the regiment, and the two companies charged to the aid of their comrades. Vastly outnumbered, they were driven off with heavy losses. Riding at the head of the company, Captain Cram and his two buglers were very exposed. Captain Cram and Bugler Andrew J. Orm were both captured. Bugler Cook was killed, though initially listed as missing in the regimental rolls.

Edson S. Cook is believed to be buried in Gettysburg National Cemetery, in one of several graves marked for unknown members of the regiment killed there. His pension was claimed after the war by his mother, Ellen.